Investors may be hit by lower distribution income and a fall in asset values, say BENJAMIN TAN and SHAUN CHIA

SINGAPORE real estate investment trusts (SReits) have long been identified as an instrument providing decent returns for investors. As with investments in stocks, bonds and properties, SReits are not spared from the effects of the expected rise in interest rates in the market.

The price of SReits have been volatile over the past year, correcting about 20 per cent from highs last seen in May 2013 after the US Federal Reserve announced a scale-back of stimulus which in turn heightened the likelihood of higher interest rates.

SReits then bottomed out in February and have gained about 10 per cent as investors piled back into high yielding assets, the rise coming because of optimism that rates may not rise as quickly as thought.

For investors, understanding the impact of rising interest rates on their investments and what Reit managers have been doing to hedge against rate hikes as part of their capital management is crucial to evaluating Reits as an investment in one’s portfolio.

A rise in interest rates can affect Reits in three ways:

* Rising rates cause an increase in expected dividend yield, and

* Higher rates also cause a decrease in the market valuation of the underlying properties.

First, rising rates can lead to higher interest payments on floating rate debt. This ultimately affects what the investor gets in terms of distributions.

As Reits finance their assets by debt, fluctuations in their borrowing rates would have a significant impact on distributable income to investors. On a per-unit basis, this is known as distributions per unit (DPU).

Though interest rates are likely to stay near zero in the short term, it is foreseeable that they will rise over the longer term as the US economy recovers.

Assuming that all other factors remain constant, an increase in financing costs will lead to a drop in distributable income.

To illustrate the impact, let us assume a Reit that has an outstanding debt of $300 million payable at a current floating interest rate of 3 per cent per annum and a net property income of $80 million.

After deducting annual financing costs of $9 million (3 per cent of $300 million) from net property income, and assuming no tax effects or other management expenses, distributable income will be $71 million.

However, if rates rise by one per cent, financing costs will rise to $12 million (4 per cent of $300 million) and distributable income will correspondingly fall to $68 million.

This results in a 4.2 per cent drop in DPU for unitholders.

The expected distribution yield of Reits is largely determined by the spread above the yields of government bonds that are currently traded.

The average spread between SReit and 10-year government bonds has widened from 3.7 per cent in May 2013 to the current 4.2 per cent.

Given that the yield on a 10-year government bond is about 2.4 per cent, this means the collective basket of SReits trades at an average yield of about 6.6 per cent, compensating an additional 4.2 per cent to investors of SReits.

The widening spread signals the increased risk profile of SReits, as investors require higher returns in order to be adequately compensated for bearing additional risk.

For potential investors, higher spreads are good news. They can invest at higher than expected distribution yields and get a better return on what they invested.

But higher spreads are unfavourable for existing investors who have invested when bond yields and average spreads were low.

For example, a Reit that has an annual DPU of $0.05 yearly and a current share price of $1 has a current yield of 5 per cent.

If its expected distribution yield increases to 6 per cent, new investors will only buy the Reit if it can provide a 6 per cent return.

This means the Reit’s share price is expected to decrease from $1 to $0.83 to reflect the change in expectation of a higher required distribution yield.

Investors may thus suffer capital losses on their investments in the event of an actual interest rate hike caused by an increase in expected distribution yield.

As future cashflows of the properties are subjected to a higher required rate of return due to the increased cost of financing, this will result in a lower valuation of the underlying property portfolio in Reits.

The lower market valuation of property assets can complicate a Reit’s ability to obtain refinancing.

As Reits are financed by taking on leverage against the valuation of their properties, a decrease in market valuation will result in a rise in their debt to asset ratio.

This ratio measures the amount of leverage that Reits use to fund their acquisition of properties.

If a Reit was already borrowing close to its stipulated debt-asset limit of 35 per cent for non-rated Reits and 60 per cent for rated Reits, the decrease in valuation for their properties will push them above the borrowing limit.

Their ability to obtain debt financing to purchase new properties, for example, will be impaired as a result.

While the impact of an increase in interest rates may cast a pall over the performance of SReits in the long run, Reit managers have found ways to hedge the near-term impact of an expected rise in financing costs.

This is mainly done to ensure stability in the Reit’s cashflows and to reduce its debt to asset ratio so that investors can continue to enjoy a high expected DPU in a well-managed Reit. Some methods include fixing interest rates for a large proportion of debt, increasing the length of debt maturity, and equity placements of new units to reduce debt.

In a sensitivity analysis, the Reit manager estimated that for every 0.5 percentage point rise in interest rates, DPU will be reduced by 0.16 cents, or 1.1 per cent, for its financial year 2013/2014.

Second, rather than relying on short-term financing, Reits have taken long-term alternative funding options to meet their financing needs. They can negotiate for a longer-term loan. They can also issue medium-term notes or retail bonds to meet capital requirements and lock in the current low interest rates for an extended period of time.

For example, CapitaMall Trust recently issued $350 million worth of seven-year retail bonds at a relatively low interest rate of 3.08 per cent.

This helped increase the Reit’s weighted average debt maturity from about 3.8 years to four years.

Finally, to help reduce the over-reliance on debt financing, some Reits have taken the route of raising capital through issuing new units instead of using debt as a primary financing source.

An example is the recent private placement of 218 million new units by Suntec Reit at the end of March. The new capital was raised primarily to repay existing debt.

Reits have certainly delivered significant returns for many long-term investors over the recent years.

While investors hunt for high-yielding instruments like Reits to grow their wealth, it would serve them well to keep in mind the likely change in the macro environment.

Investors should monitor the actions taken by the Reit managers to mitigate the risk resulting from rising interest rates in order to safeguard their investment. 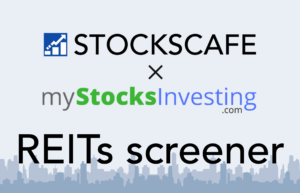