Raffles Education closed at $0.445 on Friday and formed a Bullish Harami candlestick pattern. Coincidently, the stock price bounced back from the $0.435 supports level (38.2% Fibonacci Level and Channel Support). If next session opens with a gap up and closes with a bullish long white candle, a Three Inside Up pattern is formed which confirm a trend reversal. 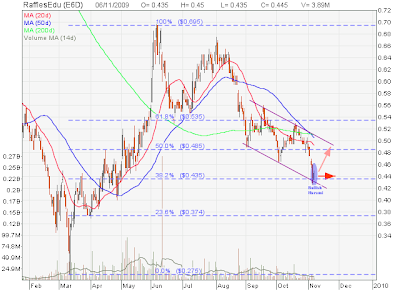 Another thing to take note is there were Insiders Trading for the past three months. The substantial shareholders were increasing their shares holding. Mr. Chew Hua Seng is the Chairman & CEO, Ms Doris Chung Gim Lian is the spouse of Mr. Chew, Mr. Henry Tan Song Kok is the Independant Director. 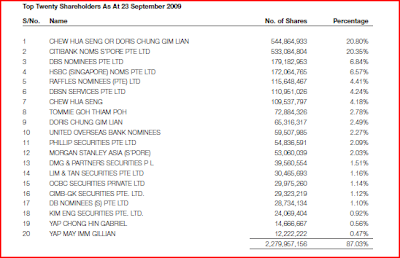 The analysis shows it is rather safe to trade at this price level due to the following reasons:
Thus, the downside probability is minimal.
My Swing Trading Plan:
Join the @REITirement Telegram Channel!
Tags: Bullish Harami, Three Inside Up

My swing trading plan for Synear

China Zaino – another S-chip stock is swinging in the channel!

How Low can Raffles Education Go?